OctoPod is a popular iOS mobile app for accessing your OctoPrint connected printer with your phone so you can now use the app from anywhere for free! Learn more about the integration below: 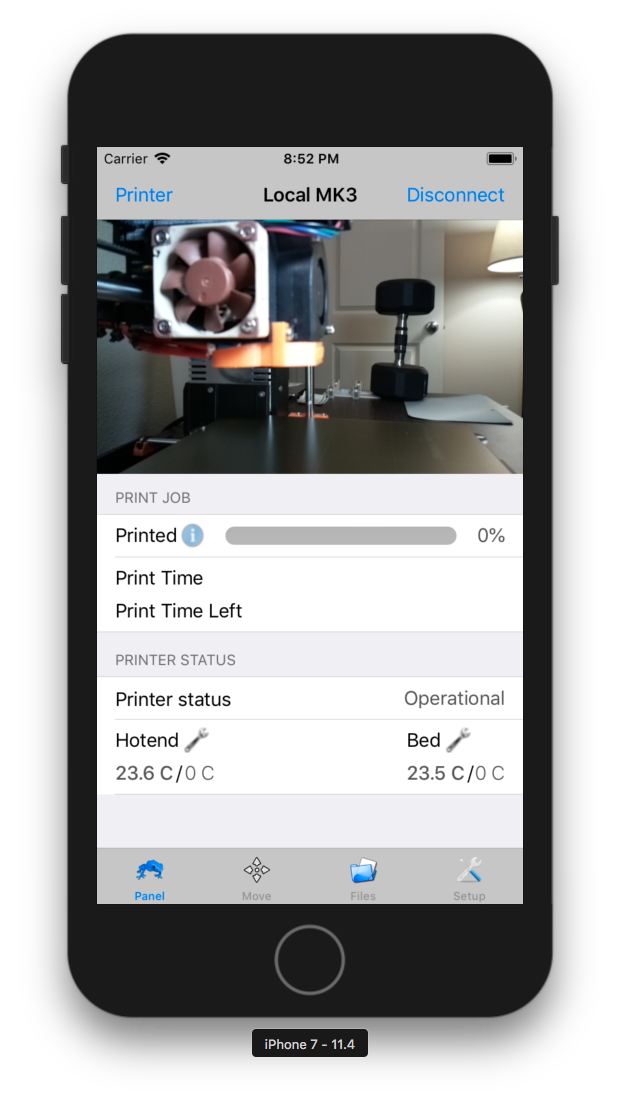 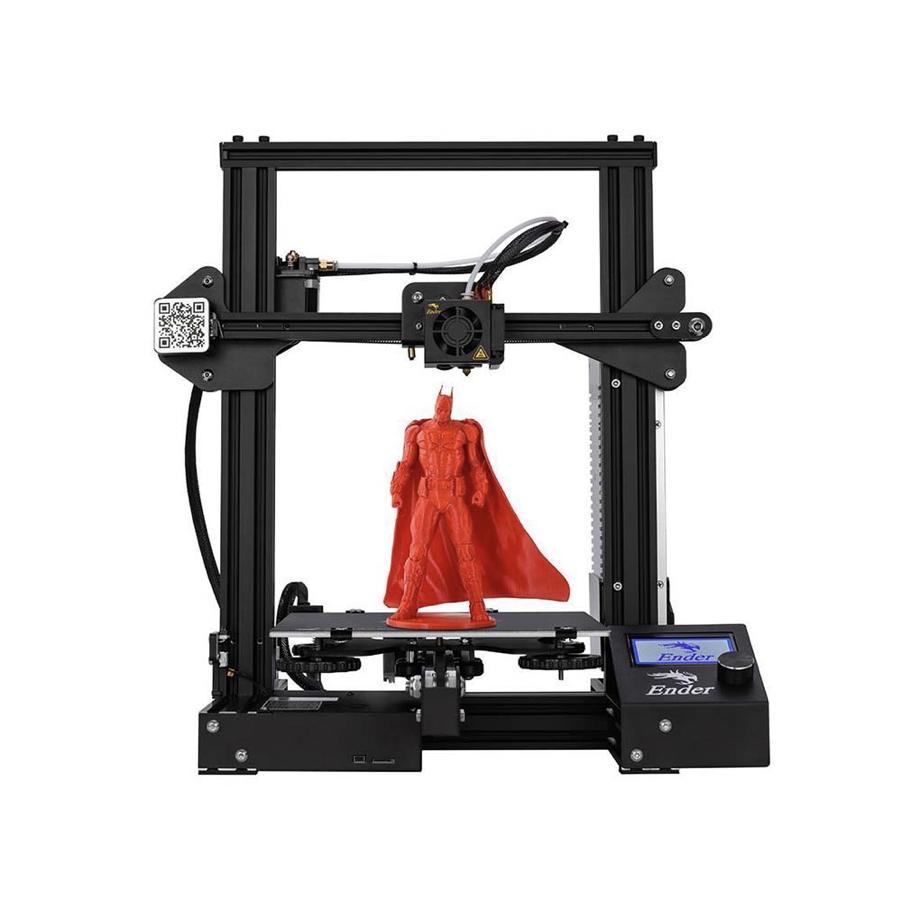 The Creality Ender 3 is a popular and widely used desktop FDM 3D printer. It is ideal for beginners, students, hobbyists, and makers, especially given the features it offers for the price. It consistently produces high-quality prints with dependable precision.

However, there is a significant disadvantage to this printer. It is not a powerful 3D printer right out of the box. To compensate, you can upgrade your Ender 3 with the appropriate mods that will improve your 3D printing experience. The mods are an excellent way to boost overall performance and bring your 3D printer up to the level of premium printers at a fraction of the cost.

In this article, we'll discuss the following Ender 3 upgrades:

We will also answer some of the most frequently asked questions about the Ender 3 3D printer. 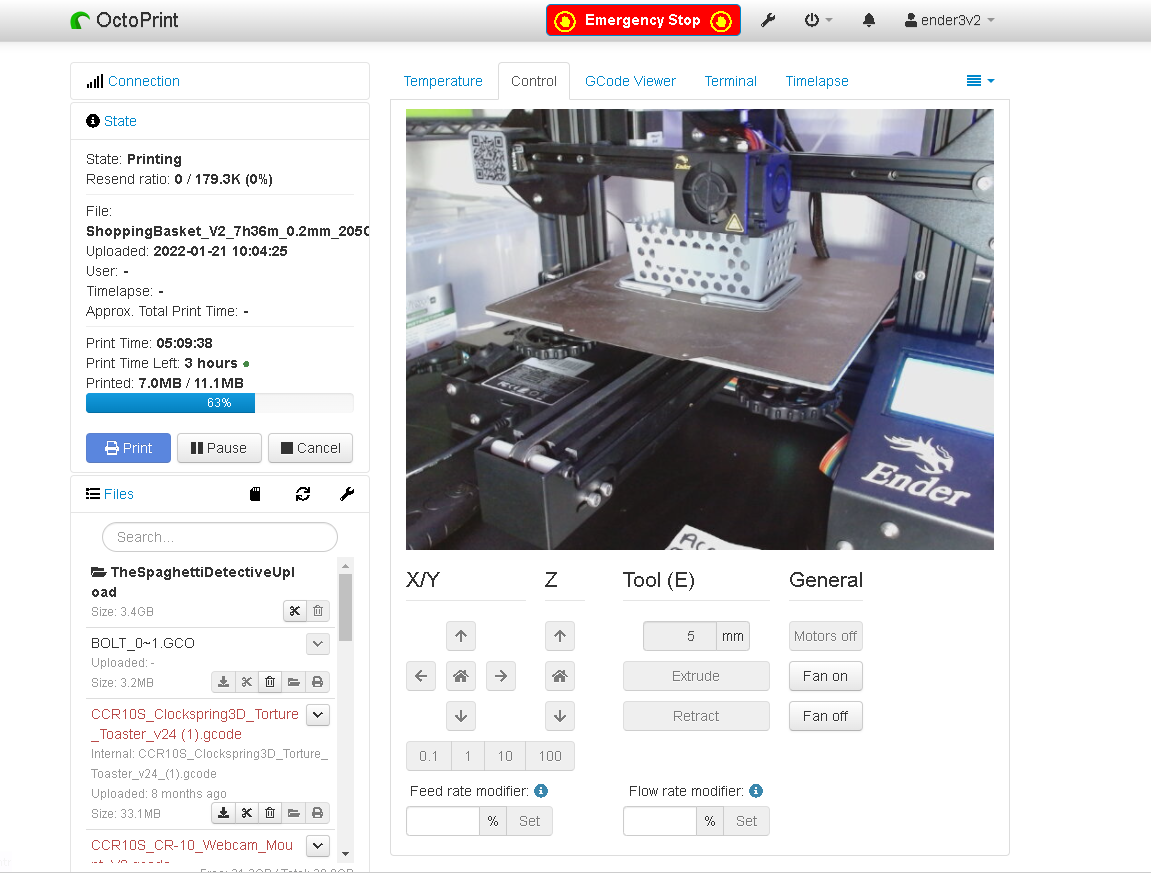 OctoPrint is widely known in the maker community as one of the best 3D printer remote monitoring, management, and control software applications. It was created in 2012 by Gina Häußge, a German software engineer, and has since been improved by its devoted community to include a plethora of advanced features.

With over 277 plugins available in OctoPrint, the features are limitless, as are the ways you can use the software to improve your 3D printing experience. OctoPrint provides a plethora of advantages to its users.

It is difficult to find a single plugin that stands out in this vast library of plugins, but there is one that is likely the most advanced and probably the best OctoPrint plugin – The Spaghetti Detective. This OctoPrint plugin is ahead of its time, with powerful and one-of-a-kind features that no other plugin provides.

You can experience 3D printing like never before by combining your OctoPrint applications with The Spaghetti Detective. But don't just take our word for it; let us paint a picture for you of why it's the best OctoPrint plugin.

OctoPrint has a huge user base that has already realized the benefits of the software, but many people have yet to be introduced to OctoPrint and are unaware of what the software can do for them.

Those who want to learn how to install and use OctoPrint can do so by reading our guide on how to set up OctoPrint and experience the ease of 3D printing. 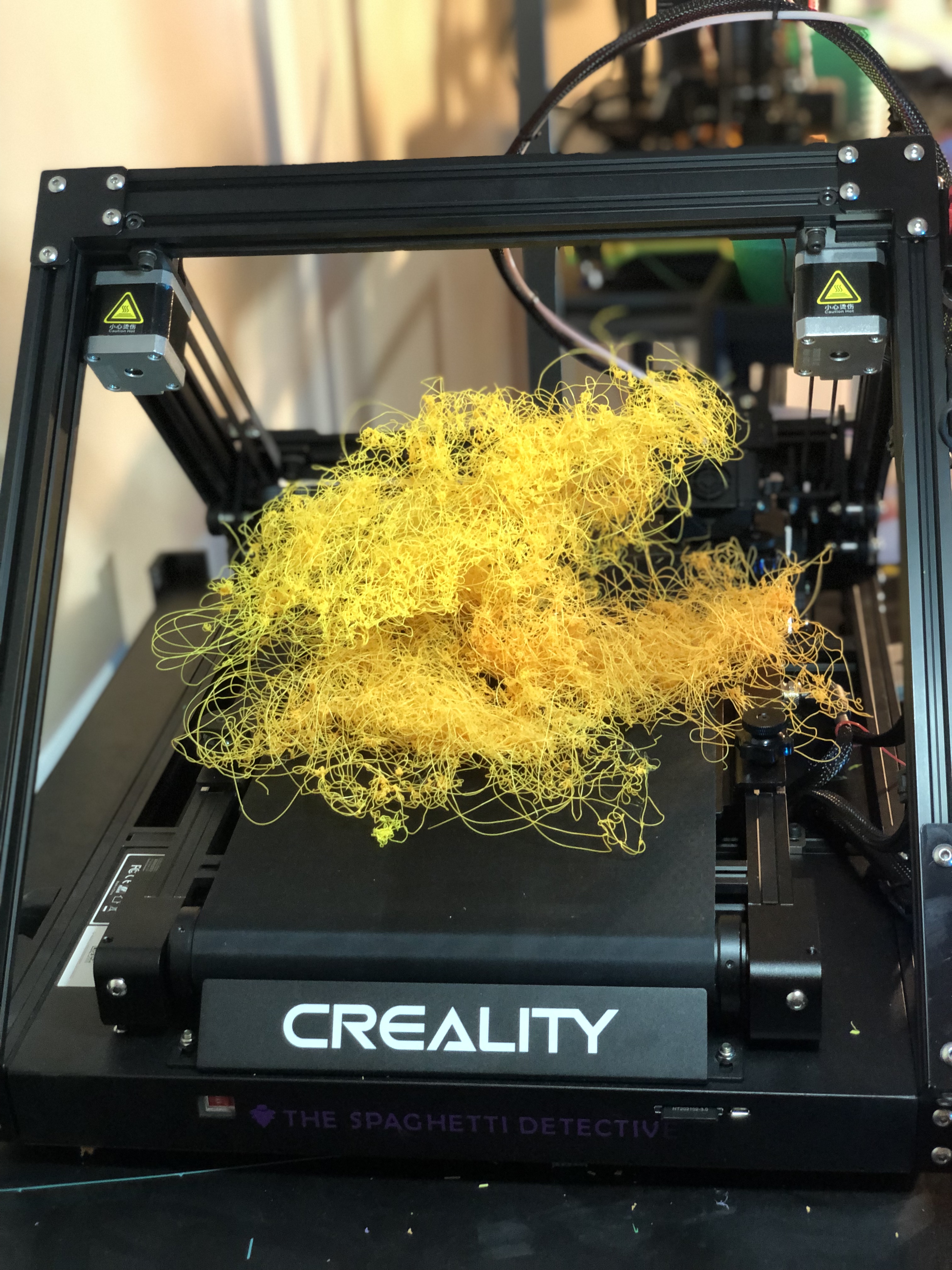 3D printing is still a technology that relies heavily on trial and error. It's nearly impossible to master the technology without getting your hands dirty. As there are no globally recognized standards in the 3D printer, material, or software manufacturing, it is vulnerable to a variety of printing problems. A multitude of 3D printer issues results in failed prints, which leads to a loss of business, if not your interest in the technology.

To make sure you don’t feel bogged down by the problems and abandon this revolutionary technology, we list down the most popular 3D printer problems and ways to troubleshoot them. 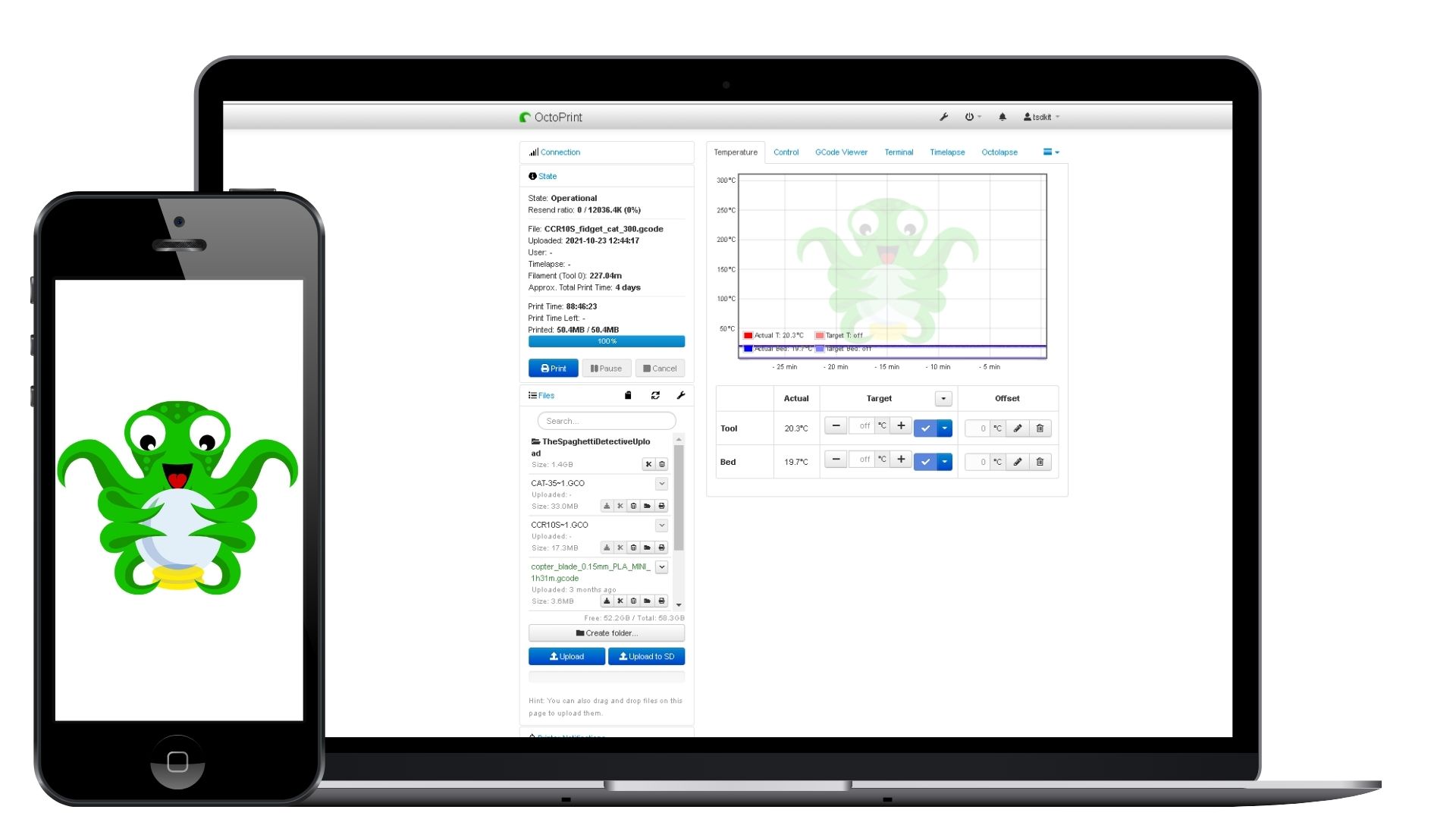 OctoPrint is a Raspberry Pi-based open-source software application that allows you to monitor and control your 3D printer remotely. It was created by Gina Häußge in 2012, and since then it is being constantly updated and upgraded by its active community of supporters and developers to include a wide range of features.

It is a free tool used by thousands of rookies as well as professionals to enhance their 3D printing experience. 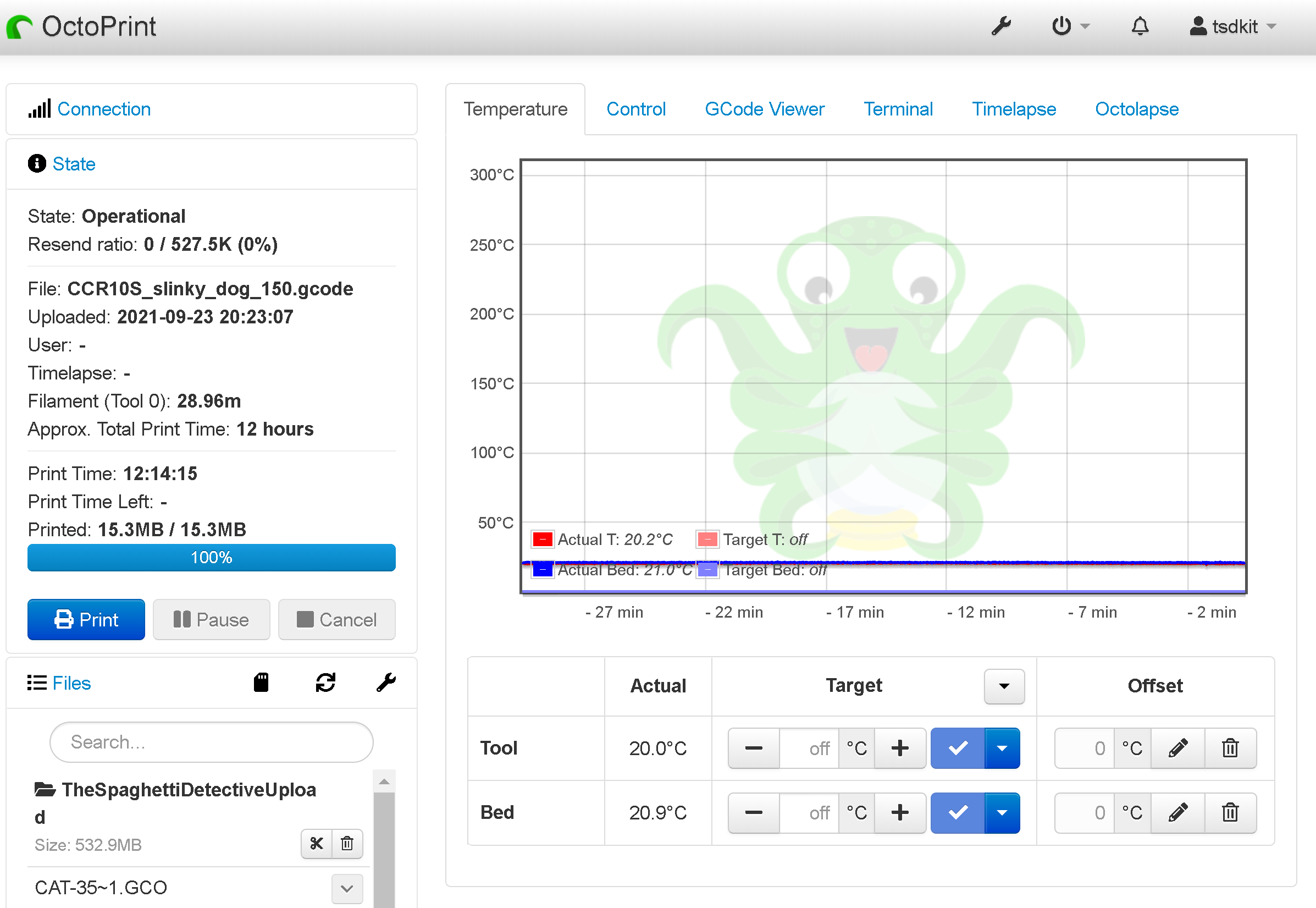 We connected with Joe a few months back and were intrigued because Mantis is one of the first 3D printers to come with OctoPrint pre-installed and a Raspberry Pi on board right out of the box. According to Mantis, their 3D printer fully automates the repair, slicing, orientation, temperature control, printer settings, and bed leveling process to make 3D printing easier than ever. Subsequently, they give users complete access to dive ‘under the hood’ through OctoPrint to control the Mantis like any other open source 3D printer.

While we haven’t tried the Mantis 3D printers ourselves, we think it’s a cool project, so when Joe offered to provide a special discount for The Spaghetti Detective users, we thought it would be a great deal for any users who might be interested in this printer, and for Mantis to get some feedback from our awesome community who also loves 3D printing, OctoPrint and Raspberry Pi’s! 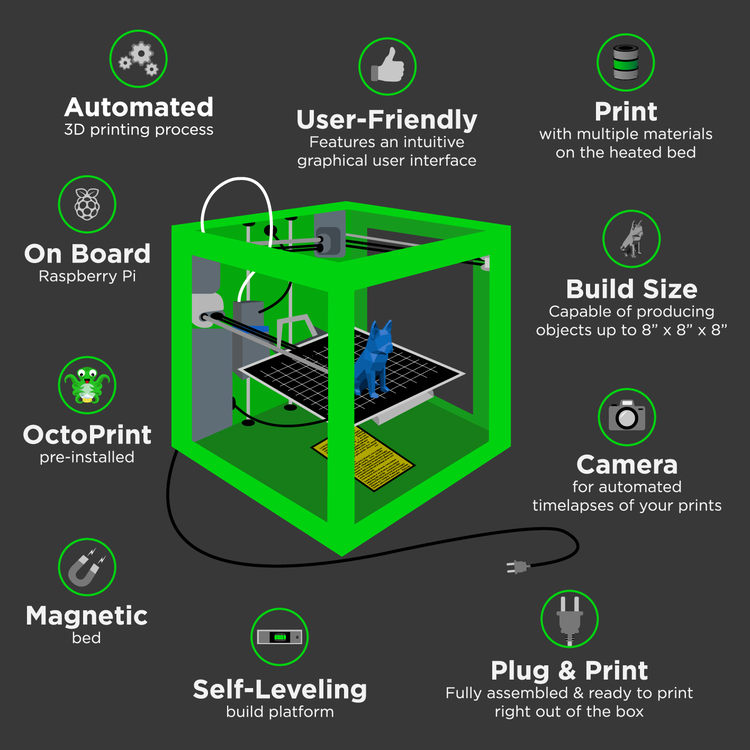 The Mantis 3D printer sells for $999, but Mantis is offering a $250 discount for users of The Spaghetti Detective! In addition, Mantis will pay for a 1-year Pro Plan subscription upfront to be used with the new printer. If this sounds like something you are interested in, learn more about the Mantis 3D printer here. When checking out, enter code TSD25 to receive 25% off The Mantis 3D Printer.

The deal is currently limited to the first five purchases, so if this is something you are interested in, definitely check it out soon! If you like these kinds of discounts in general, please let us know so we can find additional ways to offer you deals and discounts on interesting products. If you don’t like them, please let us know that too. You can leave a comment below or drop us an email at support@thespaghettidetective.com. 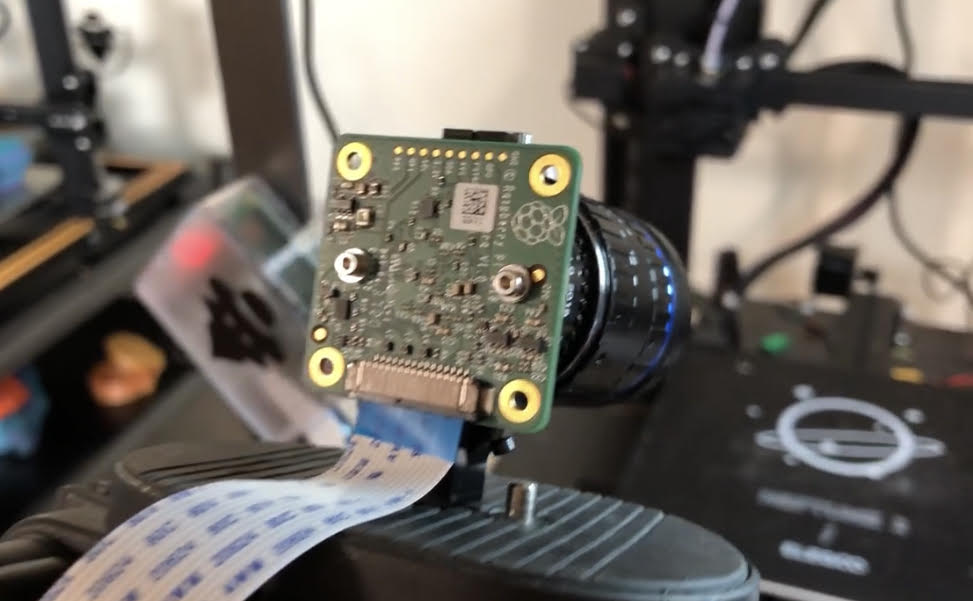 In this article, we will discuss the benefits of using a camera with OctoPrint and some of the options you can choose from.

OctoPrint is one of the best free and open-source software options for remotely monitoring and controlling a 3D printer. Thousands of users use OctoPrint daily to take advantage of its features and create higher-quality products on their 3D printers. The software is easy to learn and simple to use, so beginners using the most basic 3D printers can also benefit from using OctoPrint.

It will not be an overstatement to say that users, both new and old, recommend using the software because of the numerous benefits it provides to the overall printing experience.

OctoPrint is relatively simple to set up. If you haven’t already set up OctoPrint you can check out our OctoPrint setup guide.

Why Use A Camera With OctoPrint?​

OctoPrint can effectively monitor 3D printers using its wide range of impressive plugins. However, having a camera adds a whole new dimension to the printing experience. The camera is mounted in and around the printer enclosure such that the printhead and print bed is sufficiently captured. The camera is connected to the OctoPrint software and so the feed from the camera is visible to the user who can then operate the printer as he wants. Adding a camera makes it much easier to monitor and control the printer altogether.

What is OctoPrint and why do I need it?​

OctoPrint is the most popular 3D printing software for wirelessly monitoring and controlling your 3D printer.

Hundreds of thousands of printers rely on OctoPrint's awesome snappy web interface daily to manage their workflows. In addition there are a ton of awesome plugins that take the power of remote 3D printer monitor and control to a whole new level. In this guide, we will tell you what you need to get OctoPrint set up with your 3D printer and how install it.

OctoPrint is one of the best tools you can get for your 3D printer. It provides you with a convenient way to send G-Code to the printer, kick off the print, monitor the print via webcam, and pause/cancel the print all in a beautifully structured user interface. There is a downside though - OctoPrint can only be accessed on your home network, not anywhere else.

Imagine: you just set up a print, turned the printer on, and see everything is perfect. You have some spare time so you leave the house, but one thought lingers – what’s going on with my print? Did it fail, how much time there is left for it to end?

No need to panic. Although you can't directly use OctoPrint outside your home network, there are plenty of ways to let you do that indirectly from anywhere as long as you have an Internet connection. It may be hard to choose which option is the best for you. In this article we try to help you with that, presenting the pros and cons of all possible ways to access your printer remotely.