Klipper is quickly becoming the de-facto choice for fast 3D printing. 3D printer manufacturers such as Voron and Prusa3D have contributed to its popularity by using firmware in their machines. And as Klipper's completely open-source and free-to-use, you can install it virtually on any 3D printer, old or new.

In this article, we'll go over the installation process of setting up the Klipper firmware using the Klipper Installation And Update Helper (KIAUH). It's an effortless and interesting way to install Klipper on your 3D printer.

What is Klipper Firmware and why do you want it?​

Klipperwas first released in 2016 by Kevin O'Connor as a 3D printer firmware for executing high-speed 3D printing. It controls your 3D printer's movements and various functionalities and acts as a bridge between your machine's software and hardware components.

Typically, 3D printers rely solely on their microcontrollers to compute and execute all printing tasks. It's a demanding role, and 8-bit controllers cannot manage the various functions efficiently, thus limiting their print speeds and delivering sub-par print quality. However, Klipper utilizes a supplementary computing device (typically a Raspberry Pi) in addition to the printer's microcontroller.

As Klipper uses an additional processing device, it can divide the printing duties between the Raspberry Pi and your printer's microcontroller. All the computations are done on the Pi, which is much faster and more powerful, and passed on to the controller. The controller's sole job is to pass these commands to the printer's hardware.

This configuration gives you access to various features such as smooth pressure advance, input shaping, high stepping rates, and multi-controller support. Besides these features, you can access all of Klipper's functionalities using a web interface with either Fluidd or Mainsail OS.

What is KIAUH, the Klipper Install and Update Helper, and why would you want to use it?​

KIAUH is a firmware tool developed by th33xitus that enables you to install, configure, and update your Klipper firmware easily. It gives you an easy-to-use interface for installing the Klipper firmware and automates a considerable chunk of manual input.

It lets you back up your Klipper's configuration within a few steps and access every aspect of Klipper right from your Raspberry Pi. You can add the KlipperScreen, install Mainsail OS and Fluidd simultaneously, and remove any unnecessary files from the KIAUH interface.

Basically, KIAUH gives you an easy entry into the backdoor of the Klipper's firmware. It makes the installation and configuration process more straightforward and will come in handy if you're constantly tinkering with Klipper and your 3D printer.

KIAUH is not the only method/tool for installing Klipper; however, it's also not the most standard procedure. You can install it with the help of Mainsail and Fluidd software or execute a manual installation for more control.

If you'd prefer the slightly involved method, you can refer to our guides for installing Klipper with Mainsail and Fluidd web interfaces. These guides will inform you about a somewhat different approach to installing Klipper.

What do you need to set up Klipper with KIAUH?​

KIAUH itself is a tool that runs on Raspberry Pi's interface. It'd be easier to set up by installing Fluidd or Mainsail OS web interfaces. This procedure will help us to set up Klipper quickly and with minimal error.

Here's a list of things you'll need to set up Klipper with KIAUH.

Now that you're fully equipped with tools and knowledge, we can begin Klipper's installation process.

How to install Klipper using KIAUH​

In this section, we'll go step-by-step over the process of installing Klipper with KIAUH. Follow these steps, and by the end, you'll have a successful installation of Klipper for your 3D printer.

This guide will use the Balena Etcher software to install the FluiddPi image on your Raspberry Pi. Alternatively, you can use the Raspberry Pi Imager if it is pre-installed on your system. 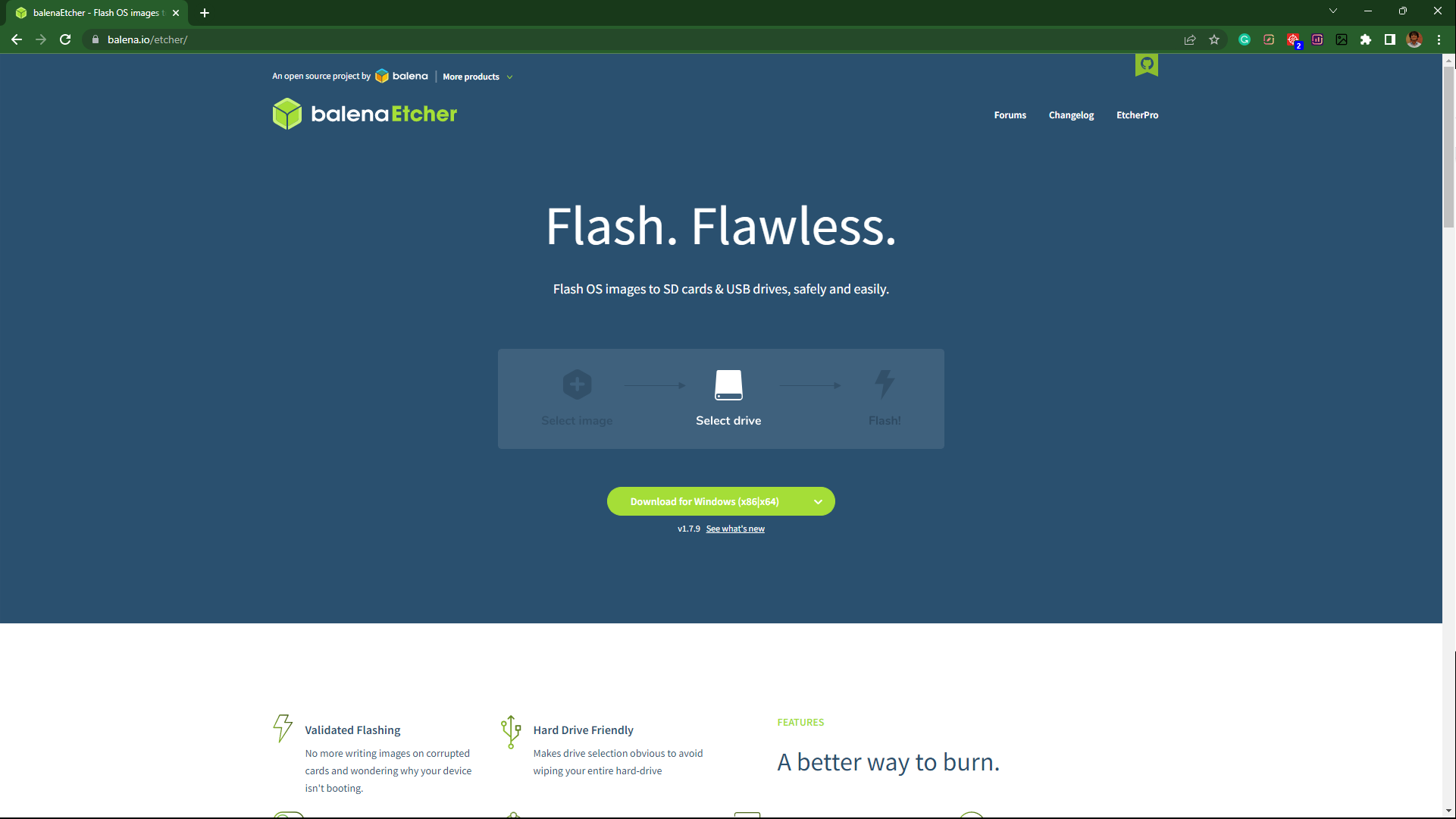 FluiddPi is a preconfigured image for Klipper that comes with all the necessary functionalities you'll need to install and run on your system. 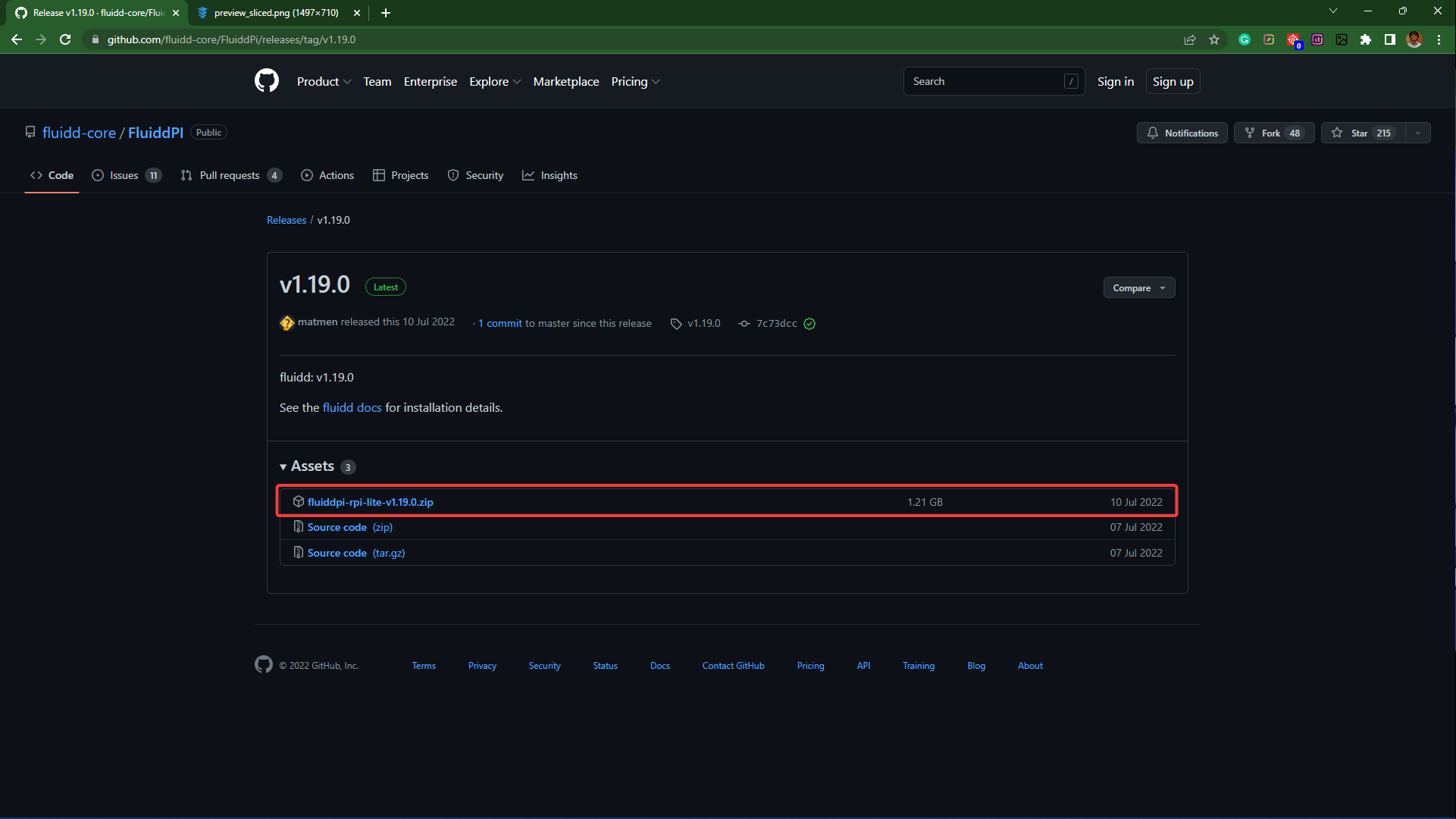 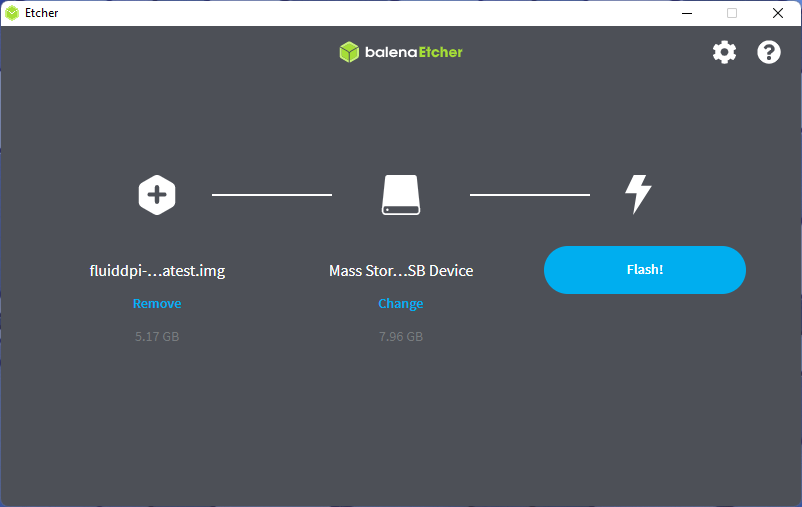 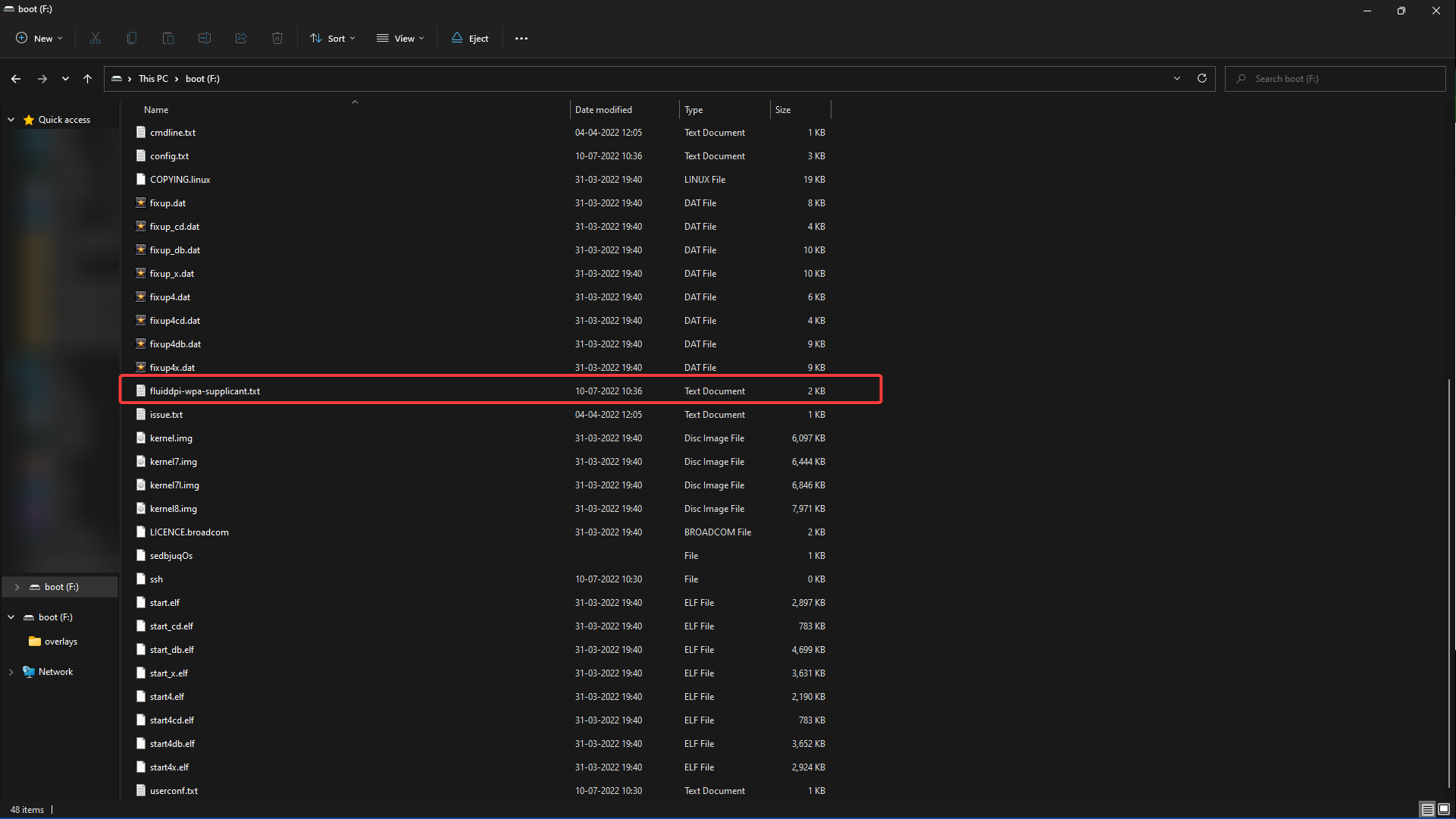 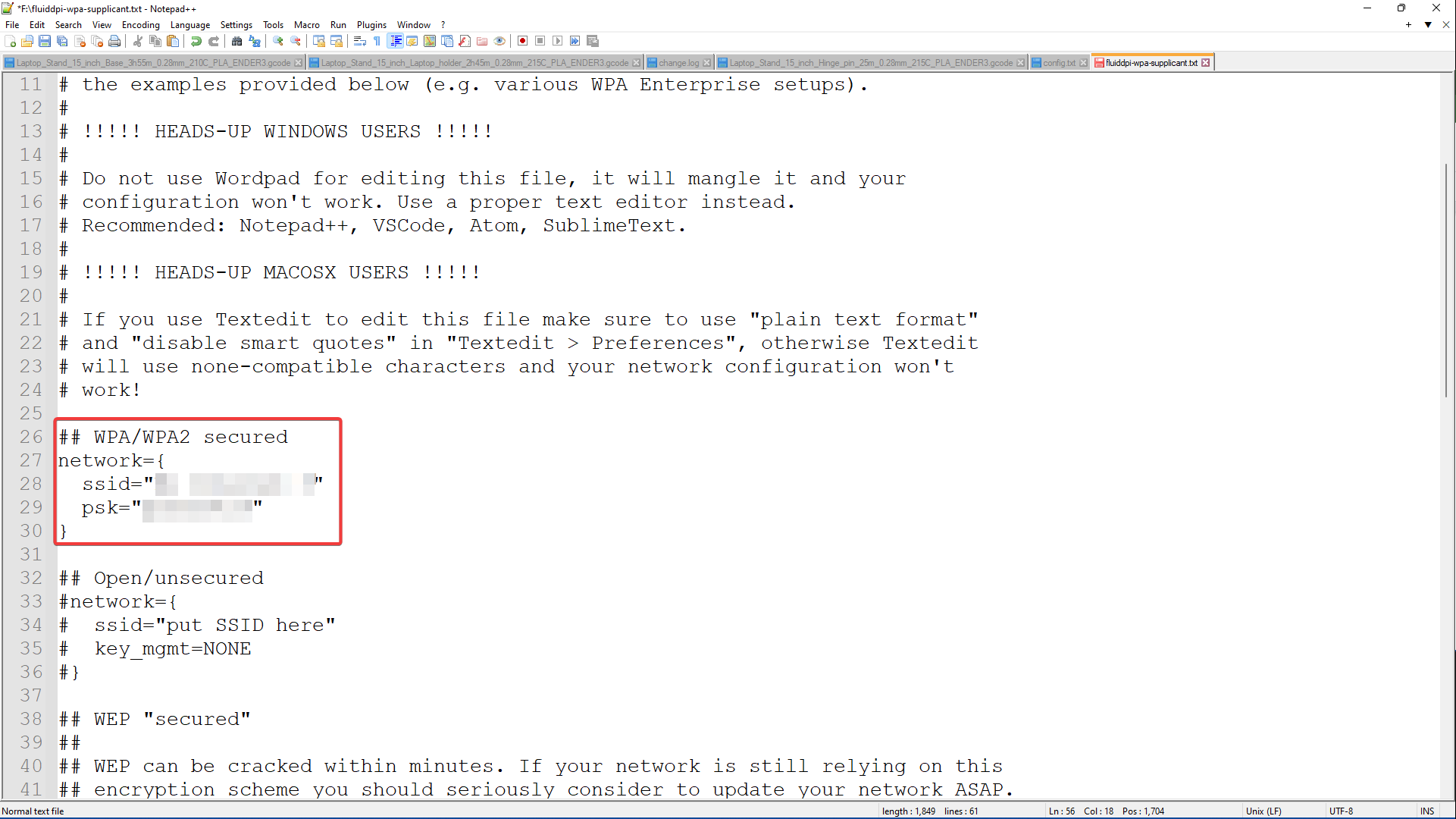 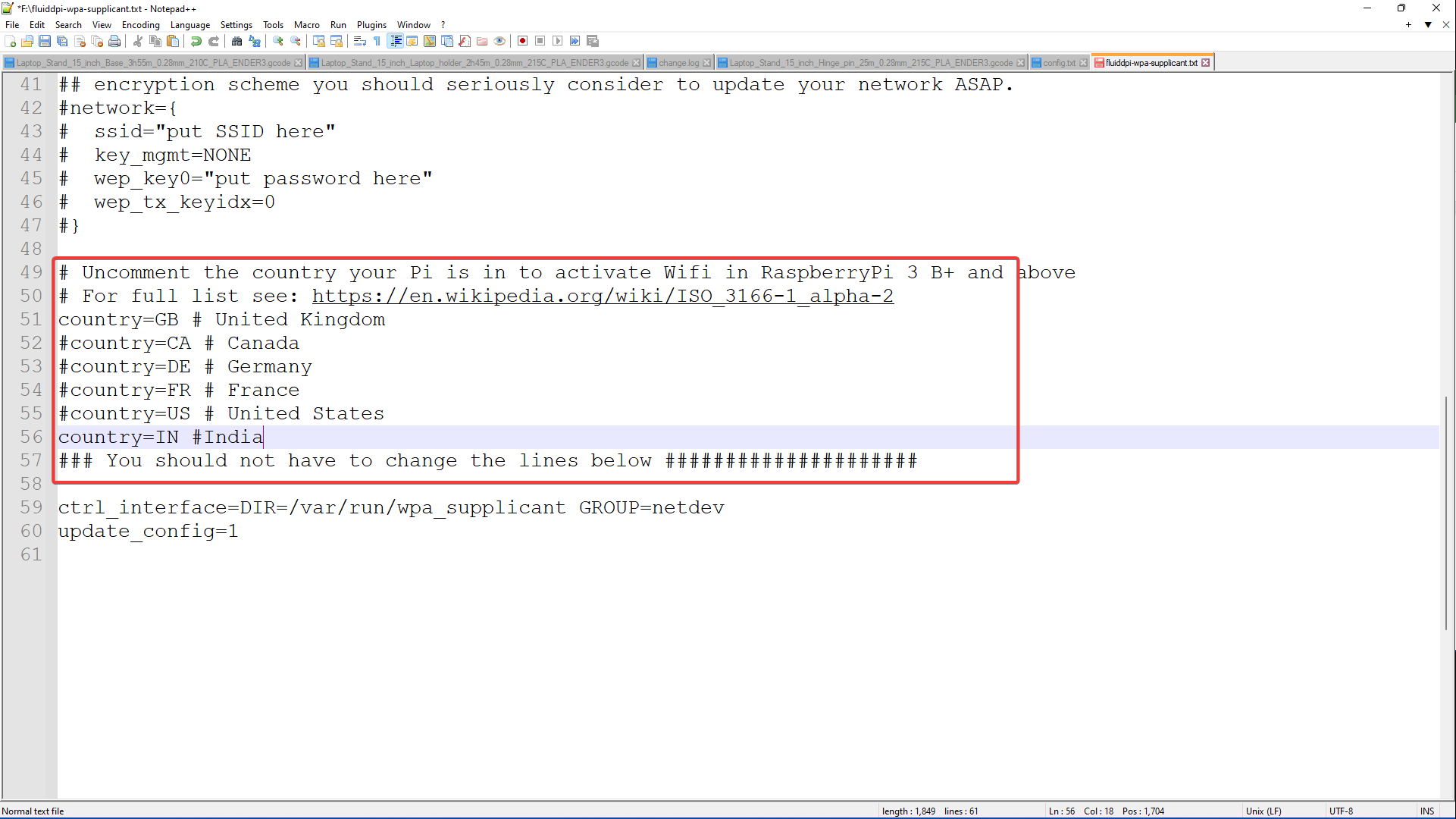 Install KIAUH on your Raspberry Pi​ 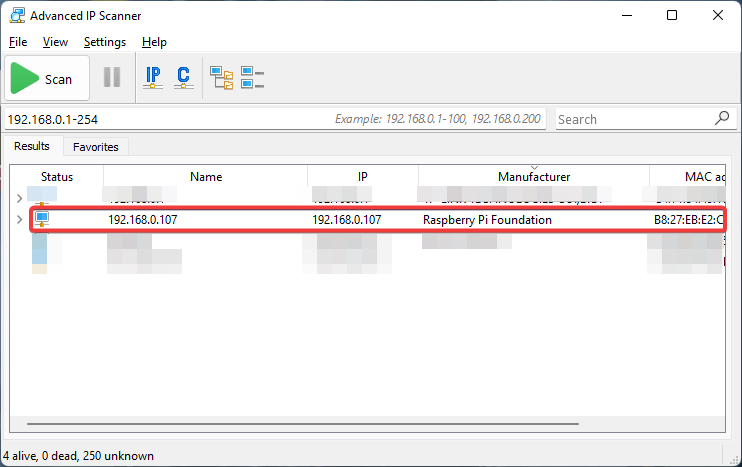 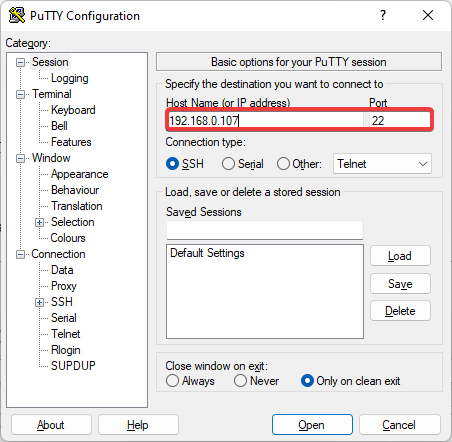 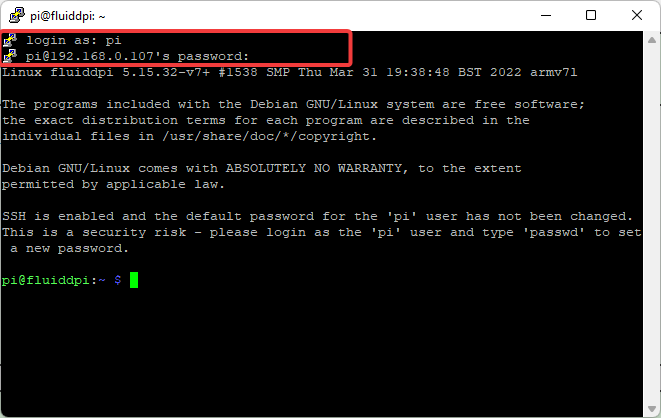 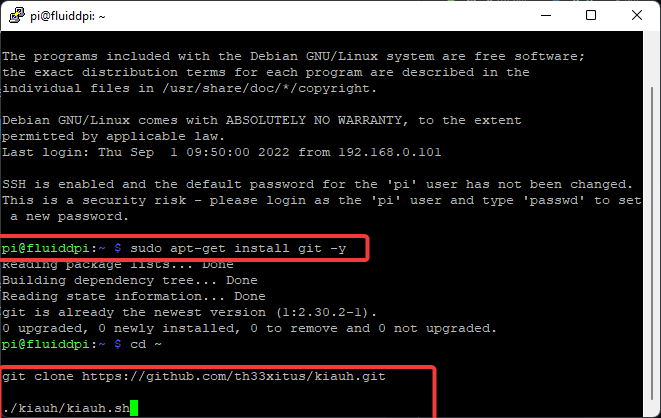 Once you're in the KIAUH interface, the left-hand side indicates the main navigation menu. And on the right side, you'll find the status of all the software available for the system. Currently, we have the Fluidd software. We'll need to install Klipper, Moonraker, and Obico on our Raspberry Pi. 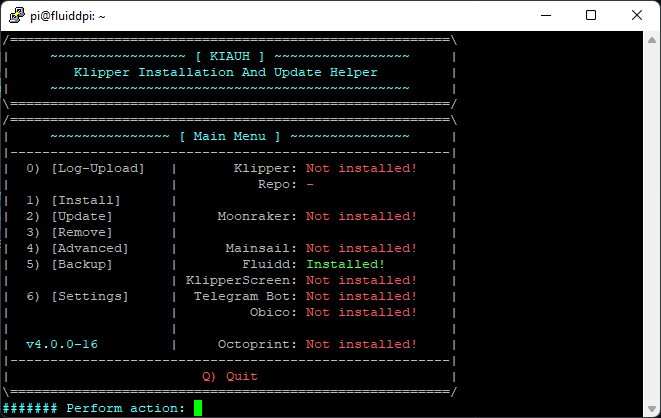 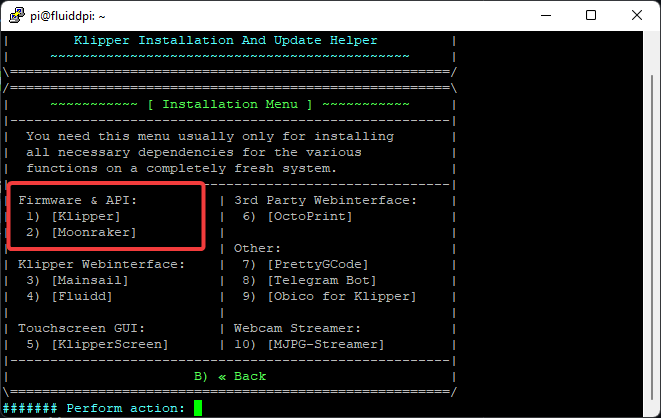 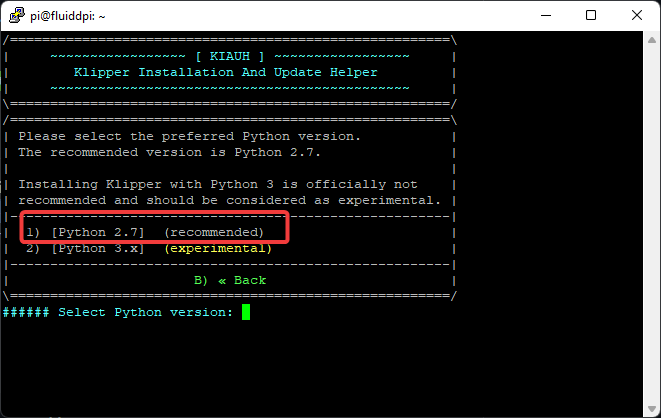 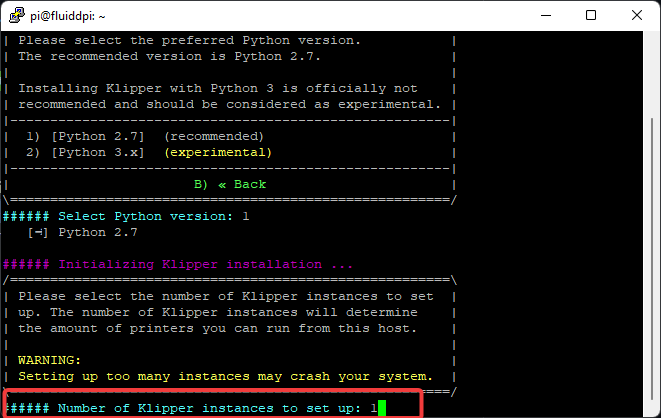 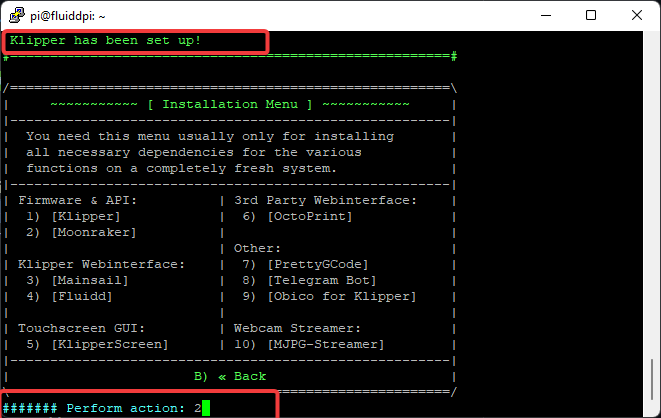 At this point, you've basically installed Klipper and Fluidd on your system. But, we need to configure the Klipper firmware for your 3D printer before we begin 3D printing on it.

Configure Klipper for your 3D printer​

Klipper is developed for several 3D printers. Even if we've installed it on your system, it isn't aware of your printer's specifications, hardware, and limitations. In this step, we'll tailor Klipper for your 3D printer so that you can begin 3D printing on it. 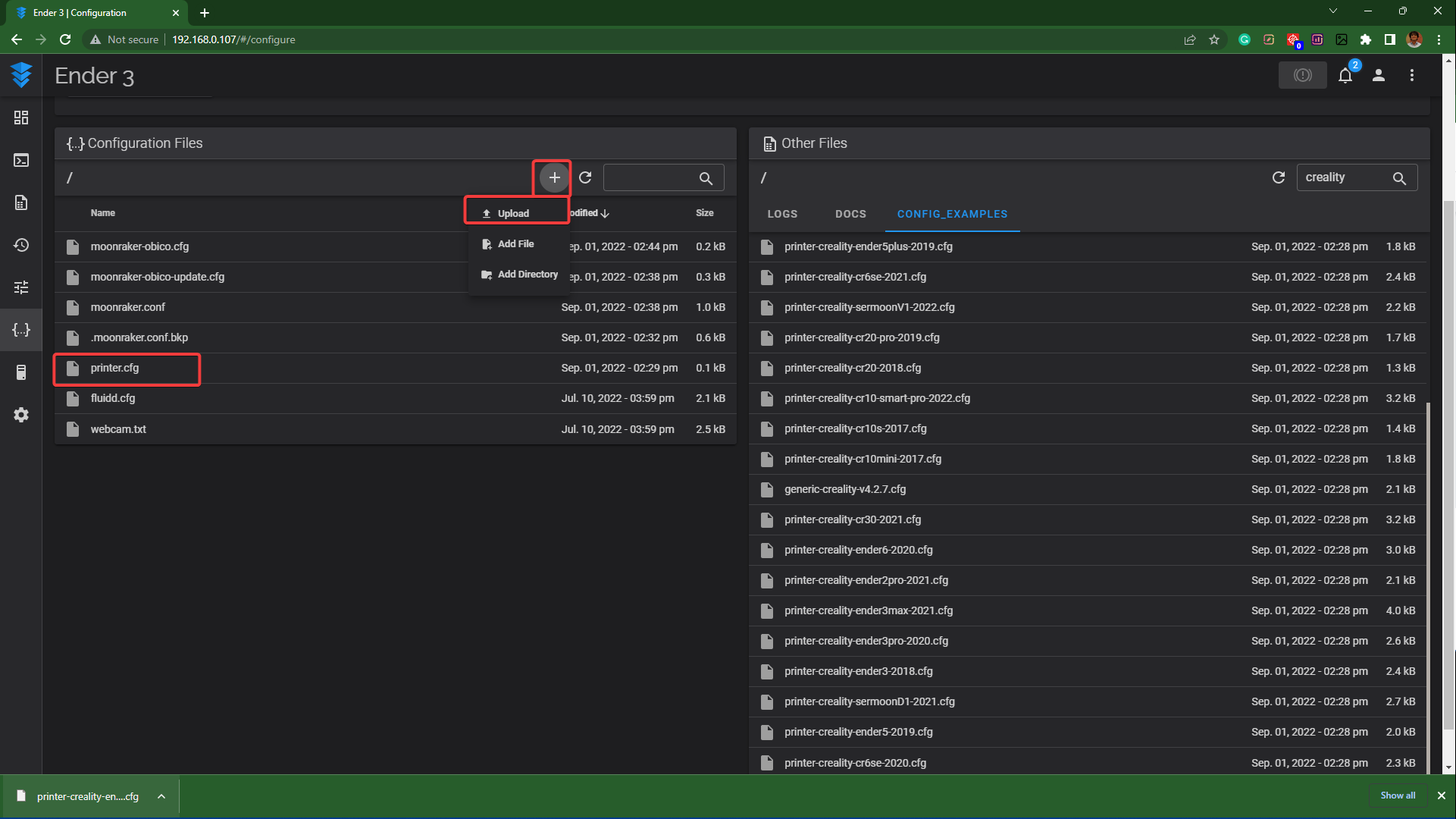 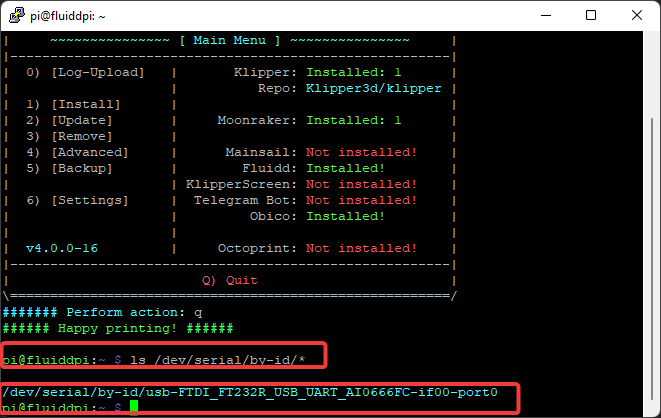 You're now ready to run your 3D printer with Klipper and control it directly from your desktop or smartphone. If you have a webcam, you can add it to your Klipper instance by going into the general settings. Explore Klipper as you'd like and enjoy the benefits of high-speed 3D printing.

Usually, you need to be on the same network as your 3D printer to access and control it. It restricts your mobility, and you're limited to the network coverage of your WiFi. Obico solves this by giving you access to an authentic remote 3D printing experience.

Obico is a 3D printer host software and a successor to the popular Spaghetti Detective. Using Obico, you can monitor and control your 3D printer from anywhere in the world. You can use it on your smartphone, tablet, Windows PC, or even your iMac. It also features AI detection capabilities to notify you about any print failures.

Essentially, it unlocks an entirely new functionality and enables you to monitor and control your 3D printer anywhere. It goes great with Klipper and will be an excellent monitoring tool if you run several 3D printers or if you're constantly on the move. You can install it directly from KIAUH or follow the below-mentioned steps as an alternative method.

Let's install Obico for your printer and free you from your WiFi network restrictions. 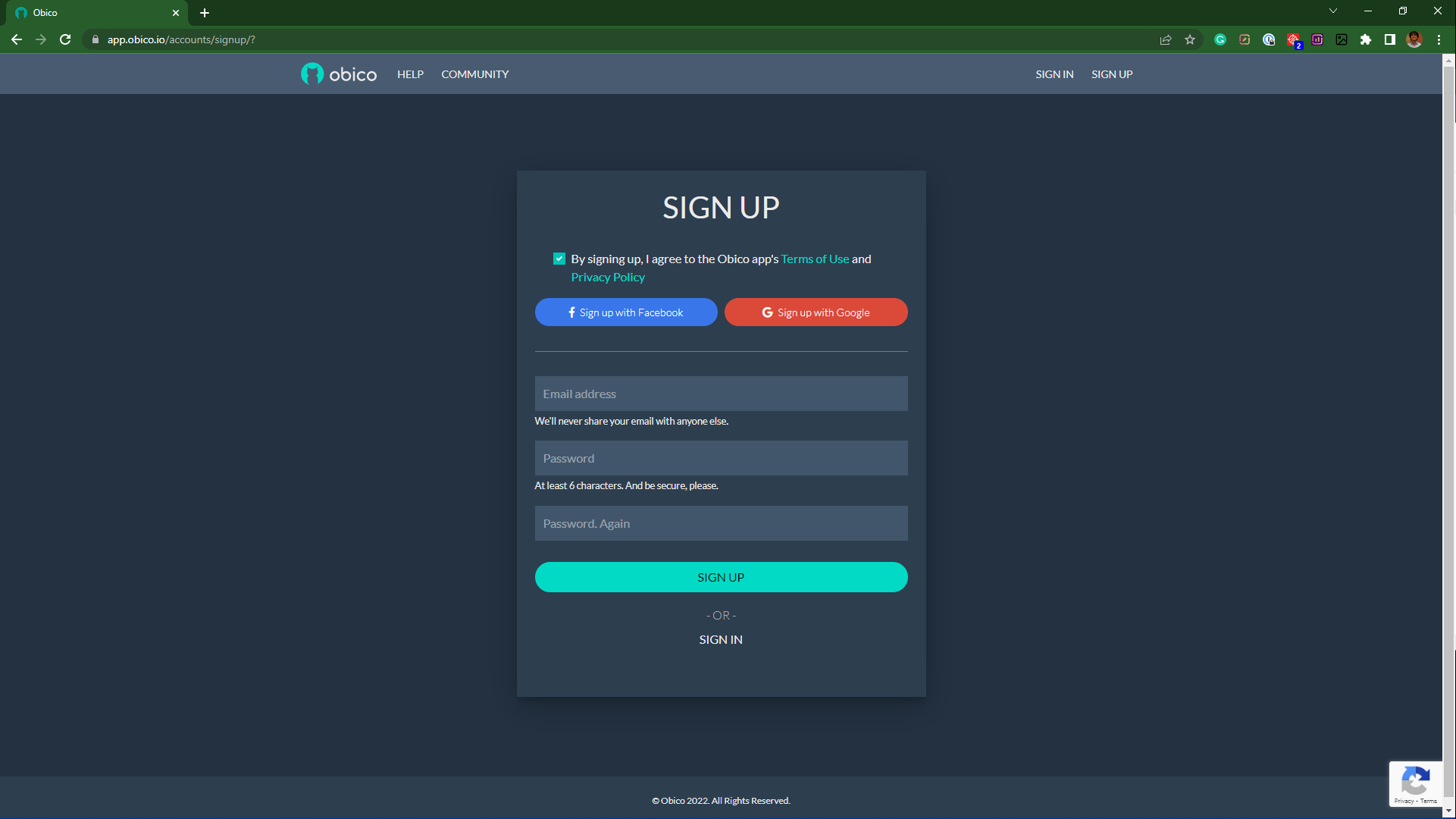 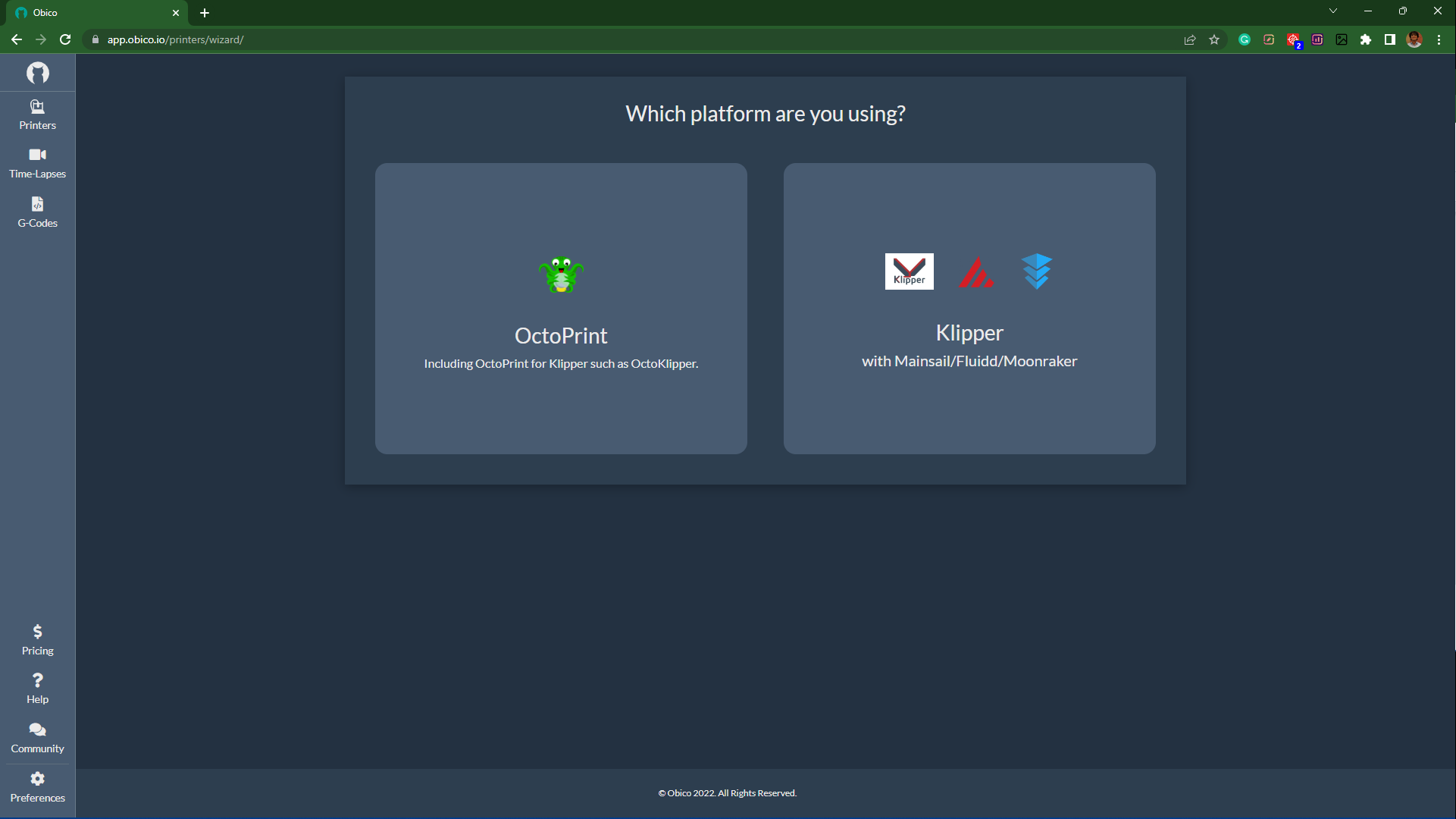 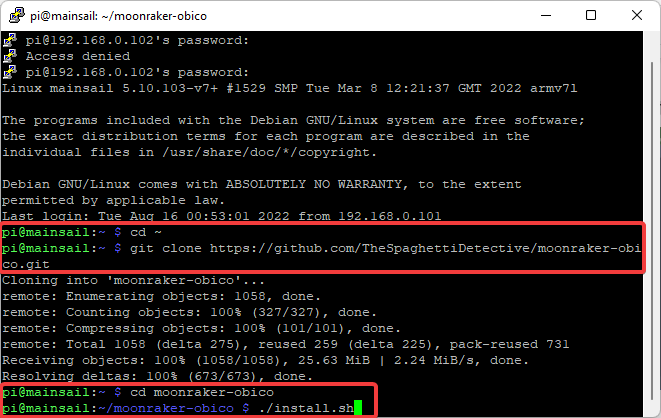 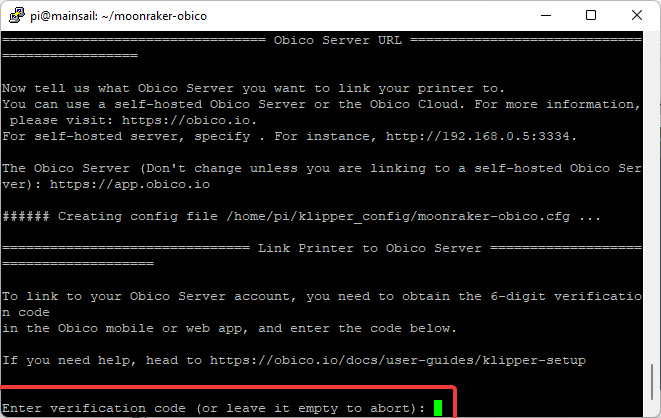 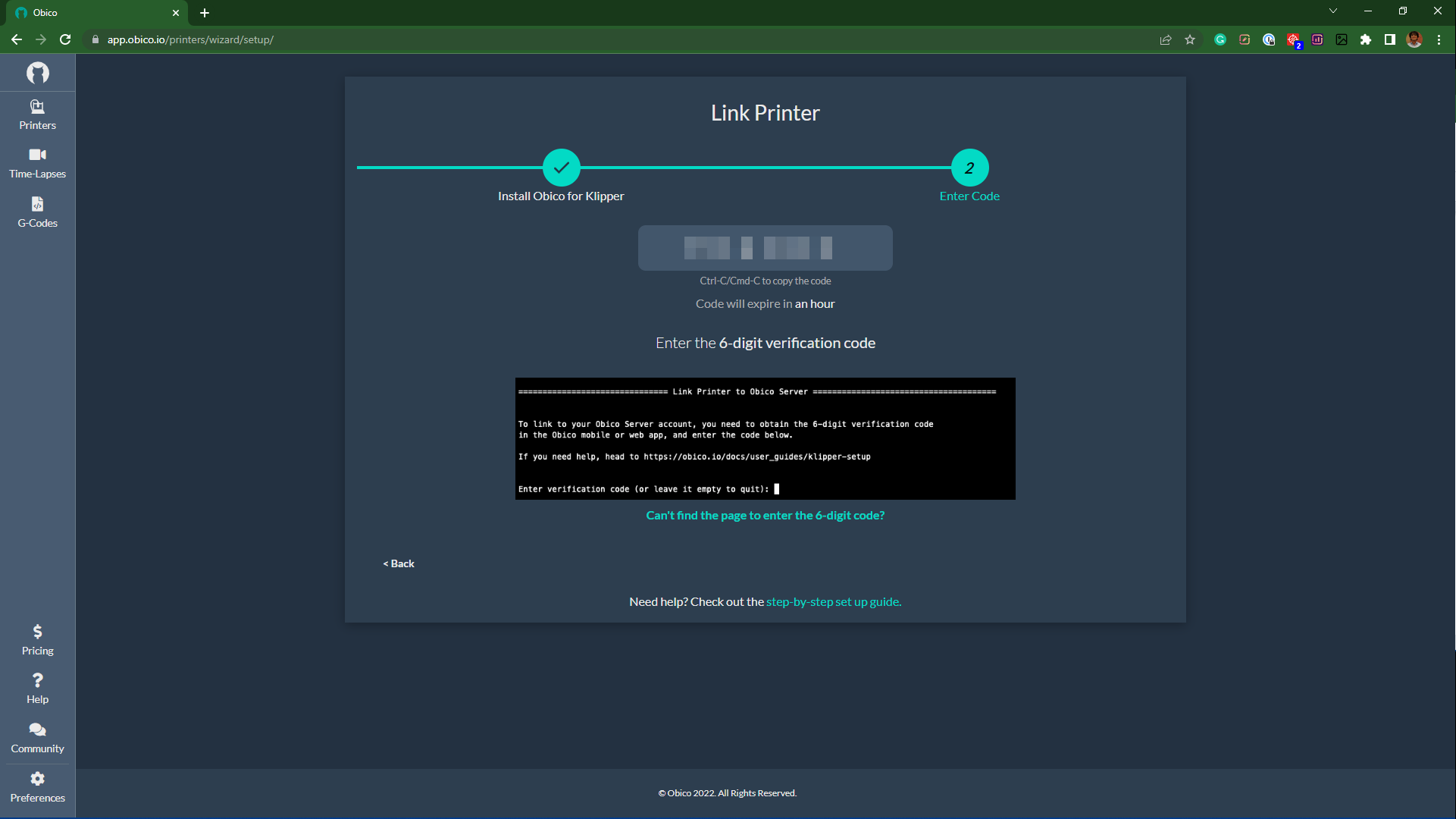 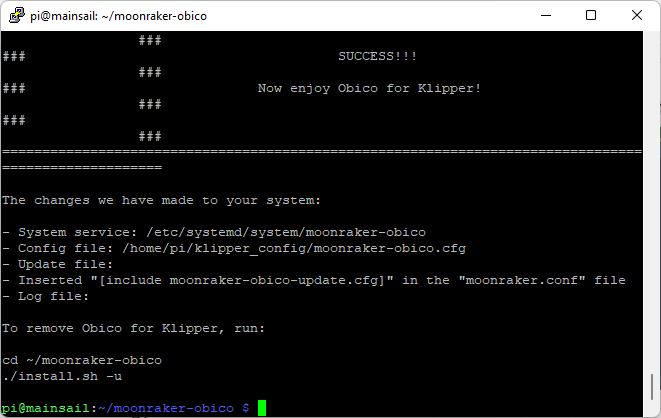 Your 3D printer with Klipper is now successfully connected to Obico. You can now access your machine virtually anywhere and experience the benefits of Obico's AI detection features.

If you have issues getting Obico installed for your 3D printer, check out the complete setup guide or join the Obico discord server to get help.

Let us know your experience of using the Klipper for Ender 3. If you find Obico useful, please give us a star on GitHub, or leave us a review on our mobile app in the iOS App Store or Google Play Store!