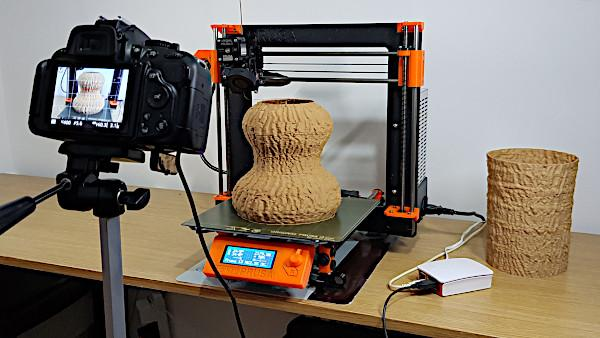 For the 3D printing community, cameras have become an integral part of the 3D printing process. They are handy for both live monitoring of 3D prints and recording timelapses of their creation.

However, connecting a camera to your 3D printer is a challenge for many. So, to make things easier, we've come up with two solutions.

3D printing is not an exact science. Despite having the perfect g-code, printer, model, and planning, things don't always go your way. The most common 3D printing issues include print not sticking to print bed and calibration issues. Both cause spaghetti of filament around your half-formed model. It can waste filament and time, as well as damage your printer.

The safest course of action is to never leave your 3D printer unattended, but really, that's impossible.

This is where the 3D printer camera enters the picture (sorry for the pun). If something goes wrong with a print job, these cameras can be very helpful for finding out what went wrong and when. With a camera, you can not only keep track of your 3D prints, but with services like Obico via OctoPrint or Klipper, you can also monitor and remotely control your 3D printer. Additionally, if your printer is acting up, you'll know it right away, thanks to Obico's AI-powered failure detection. (but more on this later)

And who doesn't enjoy watching time-lapse videos of 3D printed objects? Even if you're not interested in 3D printing, you have to admit that watching a 3D print appear to grow autonomously over time is fascinating.

The bottom line is that adding a camera to your 3D printer setup is a must-have to get the most out of your 3D printing experience.

How to connect a camera to your 3D printer​

Though some 3D printers do feature built-in cameras, these printers remain the exception rather than the rule. However, there are a number of ways to connect a camera to your 3D printer, and the process is very simple. Below we will check out connecting a camera through OctoPrint and Klipper.

It's no secret that OctoPrint is one of the best upgrades for your 3D printer.

Octoprint is a web interface that is commonly installed on a small raspberry pi, which connects to your printer through USB. And Octoprint can turn any printer that can be controlled over USB into a completely wireless printer. So, OctoPrint is a very good first step. It lets you control a 3D printer from anywhere on the same network as the Raspberry Pi that runs the printer. This lets you manage printers, upload gcode or stl files, start and stop jobs and much more.

And, of course, OctoPrint allows you to connect a camera to your 3D printer in order to monitor operations. But, selecting a camera that works well with OctoPrint can be tricky. Our guide can help you choose the best camera for OctoPrint.

So OctoPrint is the way to go if you want to remotely monitor and control your 3D printing as well as add a camera to keep an eye on your prints. However, you must actively monitor the camera stream and stay on the same Wi-Fi network or the connection will be lost.

Obico for OctoPrint is a plugin that promises to overcome both of these problems.

Obico is a web service that offers you unlimited live webcam streaming, full OctoPrint remote access, and printer status notifications. So you can check in on your prints from anywhere around the world and tweak or stop things if you need to.

Most notably, Obico's powerful AI-powered failure detection system continuously watches your webcam stream and will either alert you or halt the print if it suspects something is seriously wrong. This guide here can help you with setting up Obico with OctoPrint.

Klipper is a 3D printer firmware that leverages Raspberry Pi to work alongside your 3D printer's mainboard, which does all of the kinematics computation and math. And since everything is handled on the Raspberry Pi, you will have a much more powerful controller running your printer. Klipper is a stand-alone firmware, which means it replaces the printer's native firmware.

If you want to learn more about Klipper, see our detailed article on What is Klipper Firmware?.

Fluidd and Mainsail OS are specifically designed to work with Klipper firmware on 3D printers, however OctoPrint is more of a generic OS that works with Klipper as well as other available firmware.

You can check out our article Mainsail vs Fluidd vs OctoPrint for a more in-depth comparison.

Regardless of the differences, the process of adding the camera to Mainsail/Fluidd is similar to OctoPrint and provides similar functionality in terms of time-lapse and camera monitoring.

Klipper is a powerful and feature-rich firmware that can help you maximize the capabilities of your 3D printer in ways you never thought possible. No matter how basic or advanced your 3D printer is, you will notice an increase in print quality, accuracy, and speed.

And when used in conjunction with Obico for Klipper, you can take full advantage of all of these capabilities, providing you unprecedented access and control over your 3D printer.

Obico for Klipper features include unlimited Webcam Streaming of your 3D prints, and you can even let your friends and family see your creations come to life by sending them a secure link to your printer's live webcam stream. You also get complete 3D Printer Remote Control access from anywhere in the world and fully customizable printer status notifications.

Additionally, their revolutionary AI-powered failure detection alerts you immediately if something is wrong with your prints. You can configure it to pause immediately or you can manually pause the prints. In any case, Obico's AI failure detection is a fantastic tool for protecting your printer from damage and wasting filament.

By combining the features of Obico with Klipper, you can access, monitor, and manage your 3D printer from anywhere on the globe, on any device, and with unparalleled results.

Choosing a camera for your 3D printer​ 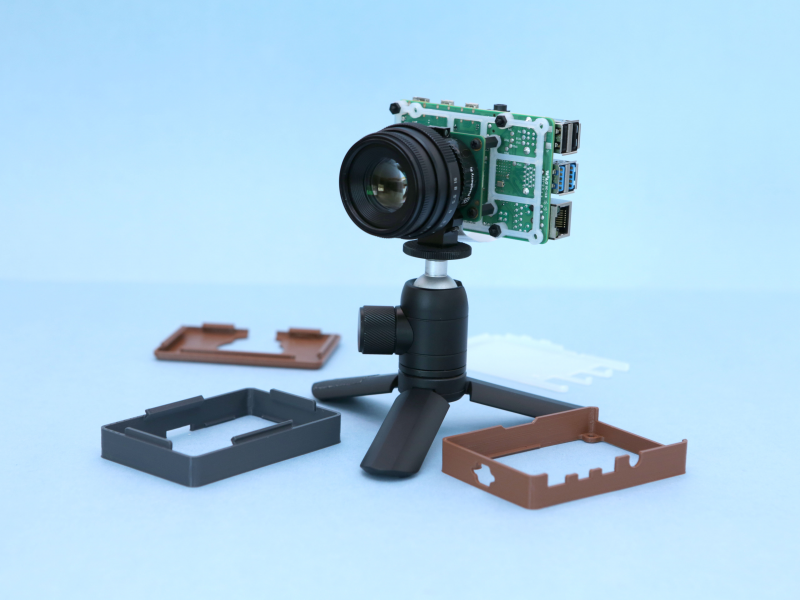 The most frequent types of 3D printer cameras used for monitoring prints or making stunning time-lapses are Raspberry Pi cameras, USB webcams, and professional DSLR cameras. There are pros and cons to each, which we will talk about below.

The only significant issue of the RPi cameras is that their short ribbons may make it difficult to mount them in the best possible spots.

The biggest benefit of USB Webcam is its setup, which is as simple as plugging the USB in any Pi board. USB cameras typically have a longer cable and higher image quality than RPi cameras. To mount the camera, you can use a 3D printed mount or a tripod.

However, compatibility and support cannot be guaranteed. It's also pricier than Raspberry Pi cameras.

The obvious benefit of a DSLR is its image quality, which is far superior to Raspberry Pi and USB Webcam. On the other hand, the mounting, installation can prove to be more of a problem for you than the other alternatives that we have discussed above.

To be fair, DSLR cameras are quite pricey, and using one for 3D print monitoring is likely overkill. Crafting high-quality time-lapse videos of your 3D prints is where it really shines.

If you want a detailed comparison as well as our top picks, please see our article on the best camera suggestions for your 3D printer.